Pottering about on the Fens…

Regular SCAN readers will remember the announcement of Rick Landy’s discovery of a rare Roman cheese press. Such an extraordinary find naturally set the archaeological world’s jungle drums pounding. A uniquely well-preserved cheese press, found near Stilton, by a local potter who happens to make fine cheese dishes and is a keen archaeologist, was a story too good to miss. Before we knew it Time Team were beating a path to Stilton.

The “circus” rolled into Stilton at the beginning of June 2006; 50+ people, a fleet of 4x4s, mechanical diggers, geo-‘phizz’, a helicopter and a host of well-known faces.

Peterborough city archaeologist Ben Robinson and the region’s Finds Liaison Officer, Philippa Walton, examined the two sites from which Richard has recovered material. Some structural remains are visible in the ditch cut where the cheese press was found and are preserved under about 2m of silt. Richard has speculated that the site might have been a wharf on an inland waterway, long since silted up, and aerial photography seems to bear this out.

There appear to be several sites in the area, three of which are on land belonging to the same landowner. It seemed possible that we have a preserved Roman settlement / industrial centre poking through the silt on areas of raised ground, but which has otherwise been covered with silt following the draining of the fens. Time Team had its usual three days to go through this two metres of silt and work out what’s going on here and how this site connected to the rest of the Roman fens.

What was initially expected to be a fairly straightforward Roman dig turned out to be anything but. Of the two sites investigated, one in particular proved to be as exciting as anyone could have hoped. A Roman pottery kiln, a tile kiln and two (probably Roman) skeletons were discovered almost immediately. Further investigation revealed what could be a Roman bathhouse or temple and a Neolithic enclosure. All this underneath what seems to be an Anglo-Saxon village – a time line spanning some 4,500 years! 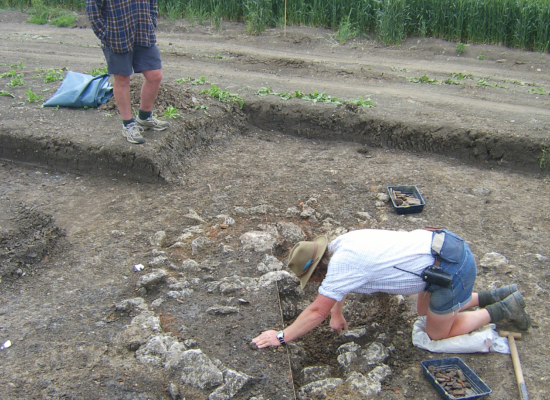 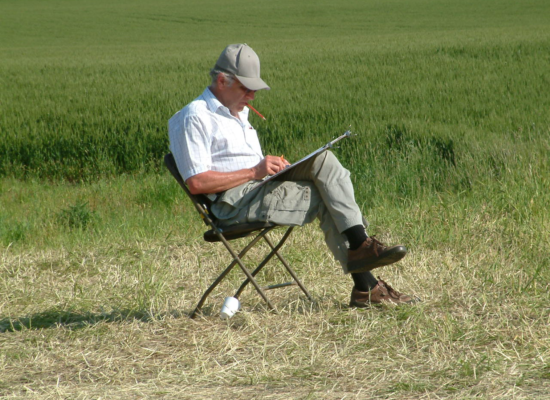 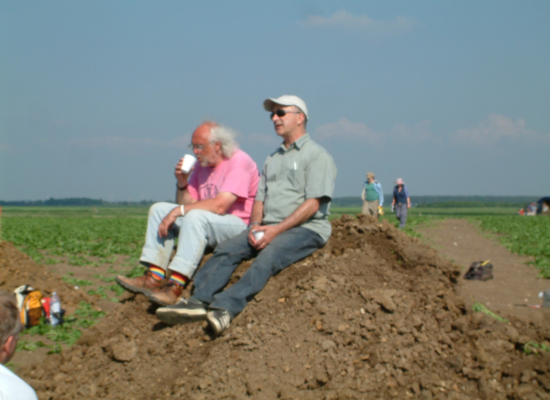 Much of the site being buried under two metres of silt has meant that, until Time Team’s involvement, the cost of any excavation would have been prohibitive, so it was fascinating to see a part of Stilton’s important heritage revealed. It reminds us that our history is with us everywhere and that seemingly featureless tracts of land – or even your own garden – can reveal important information about our past.

Of course, Time Team were keen on some experimental archaeology – it makes good television – so Rick used his extensive knowledge of ancient pottery techniques to build a replica Roman kiln and demonstrate its efficiency by firing some reproduction Roman pottery. (See ‘Fire in the Hole!’) And to prove that it worked, his reproduction cheese press was to put to work in the Bell courtyard to make some authentic Roman “Stilton” cheese!