The history of Stilton is inextricably linked to that of the Great North Road and Stilton Cheese but its origins are even more ancient. 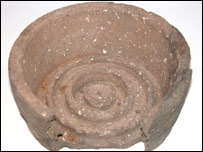 No one knows who lived here first – the Time Team dig in 2006, on Stilton Fen to the east of Stilton, uncovered a Neolithic enclosure, a Roman industrial kiln complex, and a possible Anglo Saxon village. The earliest local finds date from the Roman occupation; one notable find, in 2006, was a Roman cheese press, the first complete example ever found.

Read about the Time Team excavation

Stilton gets three mentions in the Domesday Book of 1086 as Stichiltone or Sticiltone, meaning ‘village at a stile or steep ascent’. The King, the Bishop of Lincoln and Eustace held land here. The ‘steep ascent’ could refer to the steady gradient up to Norman Cross, or, more probably, to the notable climb westwards to Caldecote.

The Great North Road had become a busy thoroughfare by the fifteenth century and Stilton, with its exceptionally wide high street, was a well-known staging post between Huntingdon and Stamford. In 1642 Civil War broke out and Stilton, along with most of Huntingdonshire, siding with the Parliamentarians. In 1645 Charles I marched his army south from Newark down the Great North Road, briefly occupying the town of Huntingdon.

Running right through the centre of the village, south to north, is the Roman road that connected London (Londinium) to the army fortress at Lincoln (Lindum Colonia), and York (Eboracum), and more locally Godmanchester (Durovigutum) to Water Newton (Durobrivae), where the road crossed the River Nene. The Saxons later called the road Ermine Street, and it later became the Great North Road, and then the A1.

For centuries this north-south road seems to have been less important than the east-west route through the village – Fen Street and Church Street – connecting the higher ground in the west to the fen in the east, and so allowing the movement of livestock from winter to summer pastures. This is perhaps why our oldest building, the Church of St Mary Magdalene, which dates from the 13th Century, is found on Church Street. Stilton was also an important east-west trading centre for fish and wildfowl caught in Whittlesea Mere, a large shallow lake to the east, since disappeared with the draining of the fens.

Stilton was a day’s ride by mailcoach from London and so became an important overnight stop. At the peak of the stagecoach age, from around 1784 to the 1840s, there were 42 scheduled passenger and mail coaches stopping daily and many private carriages and post-chaises either travelling on the Great North Road or connecting with such services. Stilton was also one of the points where the drove road to the west (the Bullock Road) met the Great North Road and there was great business to be had shoeing cattle.

There were 14 inns or ale houses in Stilton to serve the large numbers of through travellers, and a permanent population of around 500 to 600 people. While most earned their living from farming, the 1841 census showed that many had occupations directly connected to the coaches. The advent of the railways rapidly killed the coaching trade and Stilton reverted to being a principally agricultural community.

The Golden Age of the Stagecoach

In the 18th century, bare-knuckle prize fighting was a hugely popular spectator sport; on 6th May 1789, on a site just to the south of the Bell Inn, some 3000 people gathered to watch a fight between two top-ranking fighters, Dan Mendoza and Richard Humphries.

Every inn between Huntingdon and Stamford was booked solid for the event, which was significant not only for the calibre of the contestants but also because Mendoza was Jewish at a period when Britain was gripped with virulent anti-semitism.

Mendoza's superior technical skill gave him the victory, sparking a change in Jewish identity in Britain. 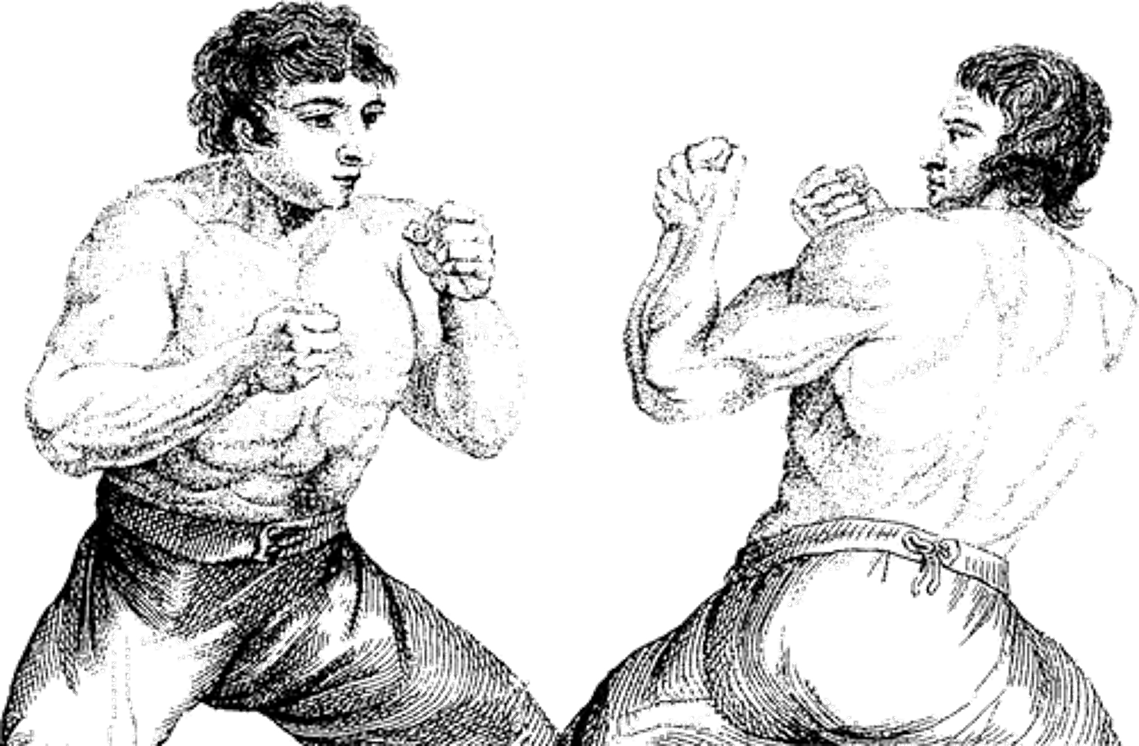 Prior to the draining of the Fens in the 1850s, about three miles east of Stilton lay Whittlesea Mere, then the largest lake in lowland England. It was an important resource of fish, wildfowl and thatching reeds and a popular place for sailing. But, like much of the surrounding fenland, it was also something of a malarial swamp, so the merits of its being drained for agriculture excite dispute even today.

Today, the  Great Fen project is preserving a fragment of a lost ecosystem and the rich biodiversity that it supported.

At Norman Cross, around a mile to the north of the village, stood a PoW camp which housed prisoners from the Napoleonic Wars between 1796 and 1814. All that now remains is the Commandant’s house, the stable block and a portion of wall. The Norman Cross Depot is now an important historical site and war grave.