Stilton is a convenient location from which to explore many interesting towns, cities and cultural attractions in eastern England. Tell them you found them on the Stilton website! 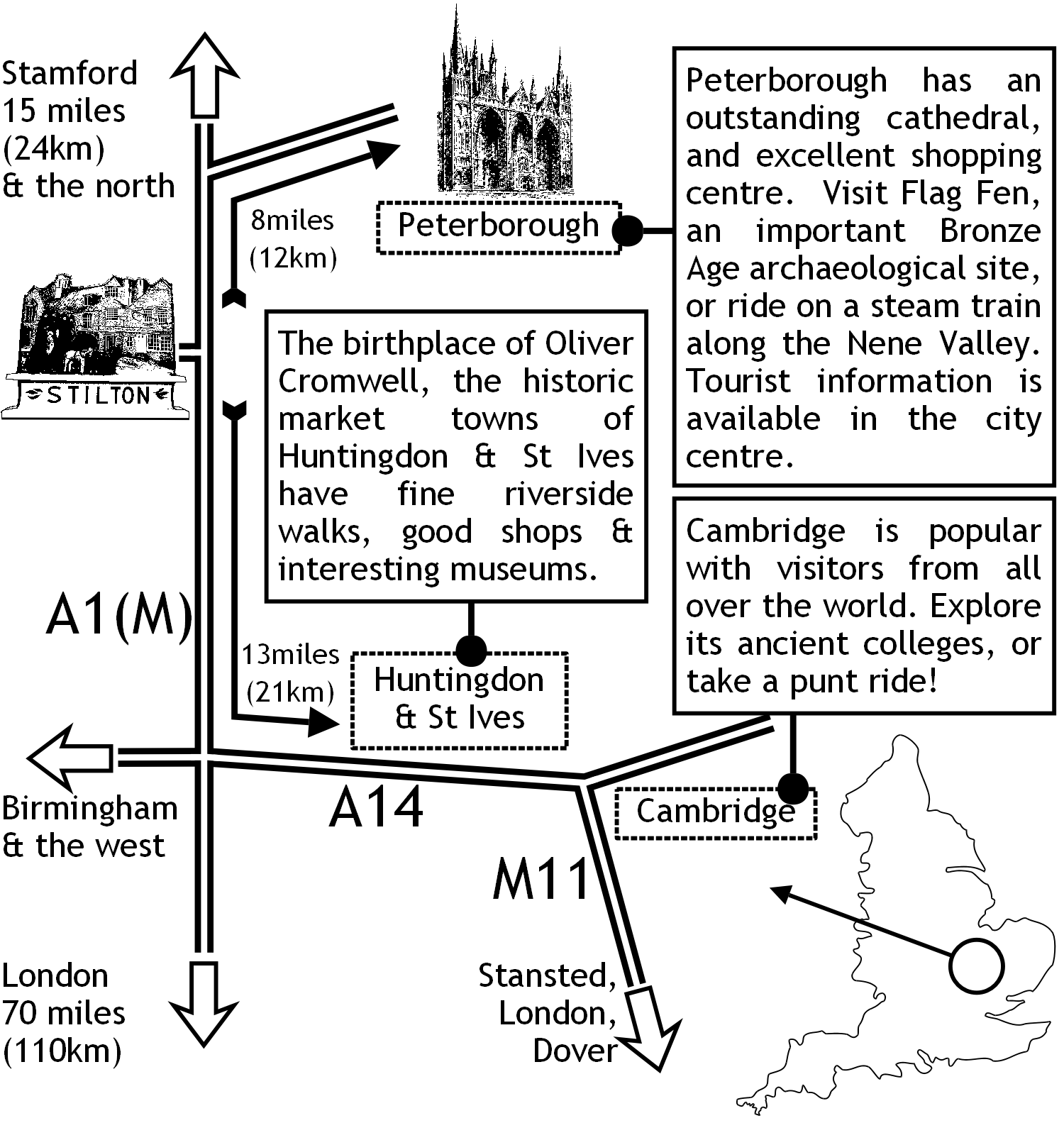 Stilton lies on the edge of the Fens, an ancient and extensive area of wetlands, which were drained for agriculture in the 19th century. From the escarpment behind Stilton you can look eastwards across the most fertile farmland in Britain, where once fen people hunted wildfowl and gathered reeds to thatch their homes. Once, many windmills pumped the fens dry; then steam pumps; now electric pumps are used. But windmills are reappearing!

Just a mile or so east of Stilton is Holme Fen where, in 1852, an iron post was sunk to measure the shrinkage of the peat as the drainage took effect. If you stand next to the post now, your feet will be 9ft (2.8m) below sea-level!

To the west is typical rolling English countryside. Try a visit to Oundle, an old market town home to one of Britain’s oldest private schools. On the road to Oundle you pass Fotheringhay, where Mary Queen of Scots was beheaded in 1587.

Northwards lies Jurassic limestone country, where old cottages look like they have grown out of the ground itself. Explore Stamford, a picturesque old market town, once a prosperous centre of the wool trade and having more churches than any other town in England!

How to find Stilton